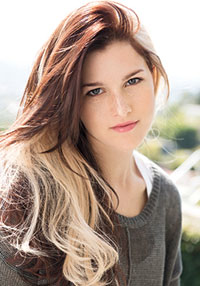 Showcasing soaring vocals and fresh sounds, Cassadee Pope’s FRAME BY FRAME debuted in the upper echelon on the Billboard charts – #1 Top Country Albums and Top 10 all-genre Top Albums – making Cassadee one of only two solo women in the past five years to top the Country chart with a debut release.

Selling over 2 million tracks to date, the petite powerhouse also made an impressive ascend to the #1 spot on the iTunes Country charts with her Republic Nashville debut album and the Top 10 lead single “Wasting All These Tears,” which has been certified PLATINUM and sold over 1 million downloads. Cassadee has been featured as one of CMT’s Next Women Of Country. The singer/songwriter stole the national spotlight when she won The Voice (season 3) as part of Team Blake (Shelton) and dominated the #1 spot on iTunes All-Genre chart with three of her performances. Cassadee, who has previously toured with Rascal Flatts and Dean Brody, will join Tim McGraw’s SUNDOWN HEAVEN TOWN 2014 TOUR this Summer.

She has been an ambassador for hunger issues, helping to secure over 20 million meals across the country through an initiative with her record label Big Machine Label Group, General Mills and Feeding America called Outnumber Hunger.