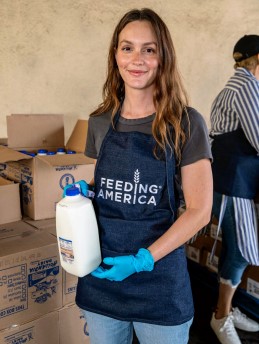 Leighton Meester is an actress and musician who was last seen in FOX’s hit show Making History. She is known for her fan-favorite role as “Blair Waldorf” on Gossip Girl and recently starred on Broadway opposite James Franco in the critically acclaimed revival of Of Mice and Men. In film, she can be seen in The Judge, Life Partners, The Oranges and Country Strong.