The primary role of the Technical Advisory Group (TAG) is to review and provide ongoing feedback on Feeding America research projects in order to ensure our ability to deliver the highest quality of information to food ba nks and other service providers within the Feeding America network. TAG Members also collaborate with us to conduct new research on charitable food assistance, poverty, program evaluation, client studies, etc. 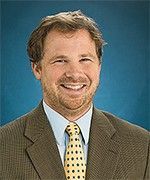 Department of Agricultural and Consumer Economics

University of Illinois at Champaign-Urbana

Craig Gundersen is ACES Distinguished Professor and Director of Undergraduate Studies in the Department of Agricultural and Consumer Economics at the University of Illinois, is on the Technical Advisory Group for Feeding America, is the lead researcher on Feeding America’s Map the Meal Gap project, and is the Managing Editor for Applied Economic Perspectives and Policy.  He is also a Round Table Member of the Farm Foundation, a Non-Resident Senior Fellow at the Chicago Council on Global Affairs, and a Faculty Affiliate of the Wilson Sheehan Lab for Economic Opportunities (LEO) at the University of Notre Dame.  His research concentrates on the causes and consequences of food insecurity and on the evaluation of food assistance programs, with an emphasis on SNAP. 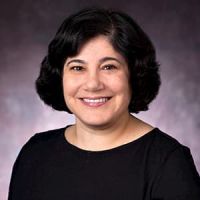 M.P.P., The College of William & Mary

Alison Jacknowitz (PhD, Policy Analysis) is an Associate Professor of Public Administration and Policy and Associate Chair of the Department of Public Administration and Policy at American University. She regularly teaches Quantitative Methods for Policy Analysis, Social Policy and Programs, and Public Program Evaluation. Jacknowitz has been the recipient of the University’s Outstanding Teaching in a Full-Time Appointment award as well as the Innovative Use of Technology in Teaching award. She conducts research on issues related to poverty, the elderly, and children and families. Jacknowitz’s research has been supported by the University of Kentucky’s Center for Poverty Research, the United States Department of Agriculture, the Institute for Research on Poverty, and the National Institute of Child Health and Human Development. Her work has appeared in a variety of scholarly journals including: Contemporary Economic Policy, Demography, Journal of Nutrition, Journal of Policy Analysis and Management, Pediatrics, Maternal and Child Health Journal, Social Service Review, The Journal of Human Resources, Women & Health, and Women’s Health Issues. Jacknowitz is a Research Affiliate at the University of Michigan’s National Poverty Center. 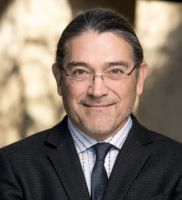 Rob is the Chief Methodologist at The Urban Institute (UI) in Washington DC, where he engages in a variety of policy research areas and contributes statistical and methodological enhancements to research design, implementation and analyses. He has served the public opinion and survey research industry for the past 35 years as a sampling/survey statistician, methodologist, project director, and senior administrator. Over his career, Rob has participated in academic, nonprofit and commercial research industries. Besides two appointments at UI, he has held leadership positions at NORC (Vice President of Statistics and Methodology; Director of Survey Operations, 1996-1999); the University of Michigan Survey Research Center (Director of Survey Operations, 1989-1996); and ISR Temple University (Sr. Sampling Statistician, 1982-1989). He also enjoyed a five-year sojourn in the private sector as a co-owner and Executive Vice President of NuStats, a survey research firm in Texas (2001-2006). Rob was trained in survey sampling at ISR Michigan and holds a Master’s degree in Statistics from the University of Michigan. Rob maintains a deep passion for serving the public opinion research community, especially the American Association of Public Opinion Research (AAPOR) and the American Statistical Association (ASA). He first joined AAPOR in 1983, and has since served on Executive Council as its President (2012-2015), and as Conference Chair (2010-2011), (Secretary-Treasurer, 2000-02), and served as chapter president (DC-AAPOR, 1999-2001), He served on POQ’s Editorial Board (1996-2003; 2009-2013). For ASA Rob was elected Vice President (2015-2018), Chair of the Social Statistics Section (2013-2015), and served as program chair of the Social Statistics Section (2000) and the Survey Research Methods Section (1993). Rob is an elected Fellow of the ASA (2004) and the 2006 recipient of the ASA Founder’s Award for excellence in survey statistics and contributions to the statistical community. In the broader research community, Rob has been appointed to numerous National Academies’ Panels for the Committee on National Statistics, the Transportation Research Bureau and the Institute of Medicine. He has held memberships on: the Census Advisory Committee, and the AHCPR Health Quality Research Study Section. 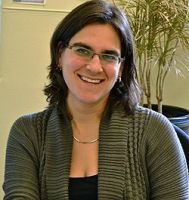 Professor of Medicine and and of Epidemiology and Biostatistics, University of California San Francisco
UCSF Center for Vulnerable Populations

Dr. Seligman is an expert in food insecurity and its health implications across the life course. Her policy and advocacy expertise focus on federal nutrition programs (particularly SNAP), food banking and the charitable food network, hunger policy, food affordability and access, and income-related drivers of food choice. She directs the Food Policy, Health, and Hunger Research Program at UCSF’s Center for Vulnerable Populations at San Francisco General Hospital and the CDC’s Nutrition and Obesity Policy, Research and Evaluation Network (www.nopren.org). Dr. Seligman founded EatSF, a healthy foods voucher program for low-income residents of San Francisco.  Outside of San Francisco, EatSF is known as Vouchers for Veggies. 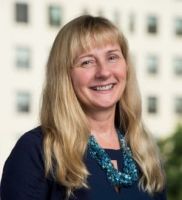 Elaine Waxman is a Senior Fellow in the Income and Benefits Policy Center at The Urban Institute (UI).  Her expertise includes food insecurity, nutrition and the food assistance safety net, the social determinants of health disparities, as well as broader issues affecting low-income families and communities.  Prior to joining the Institute, Waxman served as the Vice President of Research and Nutrition at Feeding America, where she oversaw research on food insecurity, the intersection of hunger and health, and the circumstances and experiences of individuals seeking food assistance.  In that role, Waxman supervised Hunger in America 2014, the largest study ever conducted of charitable feeding in the United States, and collaborated on the development of Map the Meal Gap project, the first county-level estimates of food insecurity in the U.S.

Waxman previously conducted research on the structure of low-wage work and challenges facing low-income working families through a series of research initiatives at the University of Chicago and in this capacity.  She has co-authored numerous research and policy reports and articles in scholarly journals, including Applied Economics Perspectives and Policy, Social Service Review, Journal of Hunger and Environmental Nutrition, Journal of Family and Economic Issues, and Journal of Food Law and Policy. She received her PhD from the School of Social Service Administration at the University of Chicago, where she is currently a Lecturer.  She also holds a Master’s degree in Public Policy from the University of Chicago.