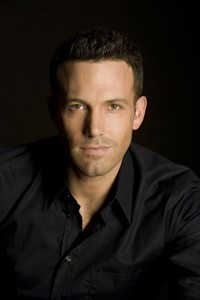 “I was personally moved to get involved with the outstanding work that Feeding America does. I feel very lucky to be able to visit food banks in Feeding America’s network, pack boxes of food for them and make a real difference.”

Ben Affleck is a two-time Academy Award® winner who has been recognized for his work as a director, actor, writer and producer.

Affleck most recently directed, produced and starred in the award-winning hit "Argo," a fact-based drama about the then-classified mission to rescue six Americans trapped in Iran during the hostage crisis.

Affleck made his directorial debut in 2007 with the feature “Gone Baby Gone” for which he earned several critics groups’ awards. In 2010, Affleck directed and starred in "The Town," in addition to co-writing the screenplay. Affleck more recently starred in Terrence Malick’s "To the Wonder."

In addition to his successful film career, Affleck is also a passionate advocate and philanthropist.  In March 2010, he founded the Eastern Congo Initiative (ECI), the first U.S.-based advocacy and grant-making initiative wholly focused on the mission of helping the people of eastern Congo support local community-based approaches that create a sustainable and successful society in the long-troubled region.  Affleck is also a longtime political activist, as well as a strong supporter of many charitable organizations, including Feeding America, Paralyzed Veterans of America, A-T Children¹s Project and the Jimmy Fund.