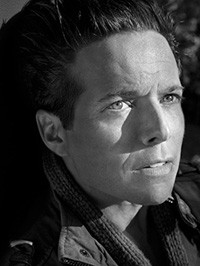 “There are so many people across the country who don’t know where their next meal is going to come from. It is our duty as their fellow Americans to step up to the plate for them – as Feeding America does every day.”

Scott Wolf is an acclaimed actor of both stage and screen, beloved by audiences for his performances in several landmark television series.

Wolf has been a mainstay on television for two decades.  His breakout role came on the award-winning drama “Party of Five” as the fan favorite Bailey Salinger opposite Matthew Fox and Neve Campbell.  He also starred in Greg Berlanti’s critically acclaimed drama “Everwood” alongside Treat Williams and then went on to star in two ABC series “The Nine” and “V” before appearing in a season-long arc on “NCIS” for CBS.

Wolf is currently filming season three of TNT’s “Perception” opposite Eric McCormack and Rachael Leigh Cook as well as an arch on the new NBC series “The Night Shift” from creators Jeff Judah and Gabe Sachs.

In addition to his extensive work on screen and TV, Wolf's prestigious stage experience includes the Tony Award-winning Broadway production of “Side Man” and Lincoln Center's production of “Observe The Sons of Ulster Marching Towards The Somme”.  Wolf also spent three seasons acting in the prestigious Williamstown Theater Festival.

He currently resides in Los Angeles with his wife and two children.