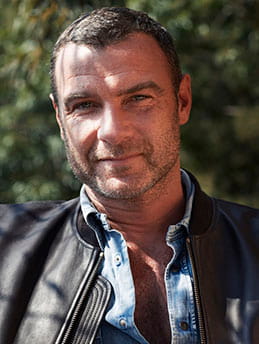 There is no reason anyone should have to go hungry in this country. Feeding America has been an invaluable resource to so many people in need of help putting food on the table for themselves and their families. The time my children and I have been able to spend working with them has been truly invaluable to us.

Heralded as "the finest American theater actor of his generation" by the New York Times, Liev Schreiber's repertoire of resonant, humanistic, and oftentimes gritty portrayals have garnered him praise in film, theatre and television.

Schreiber will next appear in the upcoming Wes Anderson film, Asteroid City alongside Tom Hanks, Margot Robbie, Scarlett Johansson and Maya Hawke, as well as the Ernest Hemingway adaptation, Across The River directed by Paula Ortiz. He will also star as 'Henry Kissinger' in the upcoming Golda Meir biopic and 'Otto Frank' (father of Anne) in A Small Light for National Geographic.

Schreiber most recently was seen in the Emmy-nominated American Crime drama, Ray Donovan: The Movie, a spinoff of the multi-award nominated series which ran for seven seasons. Schreiber starred in the title role of Showtime's critically acclaimed Ray Donovan as L.A.'s best professional fixer – the go-to guy in Hollywood who deftly solves the complicated, controversial, and confidential problems of the city's elite. Schreiber's riveting performance garnered him five Golden Globe Award nominations in the category of 'Best Actor in a Television Series Drama' and three Primetime Emmy nominations in "Outstanding Lead Actor in a Drama Series."

In 2015, Schreiber was seen in Spotlight, an award-winning film about the true story of when The Boston Globe uncovered the scandal of child molestation within the Catholic Church. Schreiber played Marty Baron, the editor-in-chief of The Boston Globe who assigned the journalists to the task. The film won several awards including an Oscar for Best Picture, a Golden Globe for Best Motion Picture – Drama, and an Independent Spirit Award for Best Picture. It was also listed on the American Film Institute's Top Ten Films of 2015.

Schreiber wrote and starred in the Chuck Wepner biopic The Bleeder for Philippe Falardeau which tells the story of the liquor store salesman and heavyweight boxer who was given the opportunity to fight Muhammad Ali as an underdog and served as the inspiration for the film, Rocky. The film also stars Naomi Watts, Ron Perlman, and Elisabeth Moss.

Schreiber is also an accomplished director, screenwriter, and producer. He wrote and directed the film adaptation of Jonathan Safran Foer's novel, Everything is Illuminated in 2005. The film, starring Elijah Wood and Eugene Hutz, was named one of the year's 10 Best by the National Board of Review.

In 2010, Schreiber received his third Tony® nomination for his role in Arthur Miller's A View from the Bridge alongside Scarlett Johansson. His performance as Ricky Roma in the 2005 Broadway revival of David Mamet's Glengarry Glen Ross, directed by Joe Mantello, earned him his first Tony Award. He was again a Tony nominee for his portrayal of Barry Champlain in the 2007 Broadway revival of Eric Bogosian's Talk Radio, directed by Robert Falls. Other stage work includes in Les Liaisons Dangereuses in the lead role opposite Janet McTeer, the Public Theater's Shakespeare in the Park production of Macbeth, in the lead role opposite Jennifer Ehle, directed by Moisés Kaufman; Othello; Hamlet; Henry V; and Cymbeline.

In March 2022, Schreiber co-founded BlueCheck, a Washington DC based non-profit organization that identifies, vets and fast tracks urgent financial support to Ukrainian NGO's and aid initiatives, providing life-saving and other critical humanitarian work on the front lines of Russia's war on Ukraine.