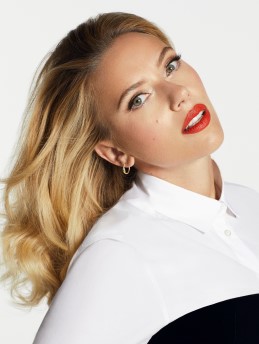 “My family grew up relying on public assistance to help provide meals for our family. Child hunger in America is a real and often overlooked problem, but one that together, we can fix. It is my hope that by joining with Feeding America, our awareness of this issue will lead to a solution.”

Tony and BAFTA winner and two-time Oscar nominee, Scarlett Johansson was most recently seen reprising her titular role as Natasha Romanoff/’Black Widow’ in the highly anticipated Marvel film, Black Widow and in the final installment of the Avengers film series, Avengers: Endgame. Johansson’s upcoming projects include starring alongside Sienna Miller and Emily Beecham in My Mother’s Wedding, the directorial debut of Kristin Scott Thomas and a leading role in the upcoming Apple TV+ film, Project Artemis.

Johansson received her first two Academy Award nominations, for Best Actress and Best Supporting Actress for her performances in Noah Baumbach’s Marriage Story and Taika Waititi’s Jojo Rabbit, respectively, becoming the twelfth performer to be nominated for two Oscars in the same year. She also received two BAFTA nominations for these films. Other recent roles include Avengers: Infinity War, Lucy, Under the Skin, Ghost in the Shell, Isle of Dogs Sing, Sing 2, and Her, which earned her a Best Actress award at the Rome Film Festival.

Johansson received rave reviews and the Upstream Prize for Best Actress in the Controcorrente section at the Venice Film Festival for her starring role opposite Bill Murray in Lost in Translation, the critically-acclaimed second film by director Sofia Coppola. She also won a Tony for her Broadway debut in the Arthur Miller play “A View from a Bridge” opposite Liev Schreiber. She wrapped her second run on Broadway as ‘Maggie’ in “Cat on a Hot Tin Roof” in 2013.

At the age of 12, Johansson attained worldwide recognition for her performance as Grace Maclean, the teen traumatized by a riding accident in Robert Redford’s The Horse Whisperer. She went on to star in Terry Zwigoff’s Ghost World, garnering a “Best Supporting Actress” award from the Toronto Film Critics Circle. Her breakthrough role came at the age of 10 in the critically-praised Manny & Lo, which earned her an Independent Spirit Award nomination for “Best Female Lead.”

Her other film credits include: Hail, Caesar!, The Jungle Book, Sing, Chef, The Avengers, Don Jon, Hitchcock, We Bought A Zoo, Iron Man 2, In Good Company, A Love Song for Bobby Long, Match Point, He’s Just Not That Into You, Vicky Cristina Barcelona, The Other Boleyn Girl, The Spirit, Girl with a Pearl Earring, The Island, The Black Dahlia, The Prestige, The Nanny Diaries, North, Just Cause, and The Man Who Wasn’t There.

A New York native, Johansson made her professional acting debut at the age of eight in the off-Broadway production of “Sophistry,” with Ethan Hawke, at New York’s Playwright’s Horizons.