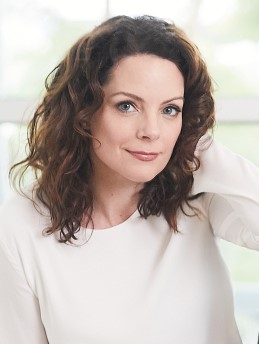 "There is enough food in this country to feed all of its citizens, and then some. I continue to have a passion for children's health here and around the world. Lack of proper nutrition affects everything else in a human life, especially in a child's development. I'm happy to continue to serve on the Entertainment Council for this great organization, Feeding America. I hope one day we will get the resources into the proper hands and eradicate this problem."

Kimberly Williams-Paisley is an actress, New York Times Best Selling author, Alzheimer’s advocate, and co-founder of non-profit, The Store, an organization in Nashville which aims to address food insecurity.

Her film credits include: Father of the Bride and its sequel as well as the recent Part 3ish mini-sequel, co-starring Steve Martin, Diane Keaton and Martin Short; Netflix’s The Christmas Chronicles and its sequel, The Christmas Chronicles 2, with Kurt Russell and Goldie Hawn; We Are Marshall, opposite Matthew McConaughey; The War At Home, opposite Kathy Bates and Martin Sheen; Alvin and The Chipmunks: The Road Chip, co-starring Jason Lee and Tony Hale; How To Eat Fried Worms, opposite Tom Cavanagh.

Television credits include: Netflix’s Heartstrings series episode entitled Jolene, opposite Dolly Parton and Julianne Hough; the long-running ABC comedy series According to Jim, of which she also directed three episodes; two seasons on ABC’s Nashville; CBS’s The Christmas Shoes, opposite Rob Lowe, CBS’s Two and a Half Men opposite Jon Cryer; ABC Family’s Lucky Seven, opposite Patrick Dempsey; ABC’s series Relativity; the NBC mini-series, The Tenth Kingdom; The Hallmark Hall of Fame movie The Christmas Train, opposite Dermot Mulroney, Joan Cusack and Danny Glover; and the series finale of David E. Kelley’s Boston Legal, arguing in the Supreme Court opposite William Shatner and James Spader. In 2021, Williams-Paisley starred in the Sister Swap movies for the Hallmark Network, working for the first time on screen with her sister Ashley Williams. Most recently she filmed Jesus Revolution for Lionsgate.

Theater credits include: Alfred Uhry’s Tony-award winning play, The Last Night of Ballyhoo, opposite Paul Rudd and Cynthia Nixon on Broadway; Mamet’s Speed-The-Plow in London’s West End; David Ives’ All In The Timing at the Geffen Theater in Los Angeles, Eve Ensler’s The Vagina Monologues in New York and Los Angeles.

Williams-Paisley’s memoir Where The Light Gets In: Losing My Mother Only to Find Her Again, chronicling her mother’s battle with Alzheimer’s disease (Crown imprint, Penguin Random House), came out in 2016 and hit the New York Times Bestseller list. She was awarded a Champion Award in 2016 from the Alzheimer’s Association for her advocacy work dedicated to sharing her family’s story, funding research and supporting caregivers. Her annual Dance Party to End Alz in Nashville has raised over a million dollars in its first three years.

She is a global ambassador for CARE International, traveling to Haiti and Guatemala to follow U.S. funding for programs that support women and children, and then sharing her story back home, including engaging with lawmakers on Capitol Hill to help preserve global health funding. She is a spokesperson for CARE’s She Feeds the World partnership with the PepsiCo Foundation to address food insecurity and tackle gender inequality in the agriculture sector. In 2020, she joined Charlize Theron’s Together For Her campaign in partnership with CARE, to help deploy funds and support the global fight against domestic violence during the time of the Global Covid Pandemic.

In 2020, Williams-Paisley and her husband Brad Paisley opened their non-profit free, referral-based grocery called The Store. The Store aims to empower and dignify individuals and families seeking self-sufficiency by providing choices for their food needs. In association with Belmont University, The Store pivoted from its original model to disaster relief after its opening

week last March when the tornados hit Nashville. During the pandemic, the organization has moved to curb-side pickup and added a delivery service for homebound seniors. They’ve just surpassed one million meals donated and are currently serving five times the number of people they expected in their first year.