Farmers Give Back to Alleviate Hunger 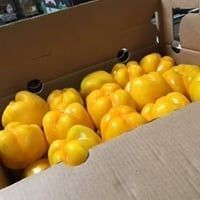 During this time of the year, farmers across the country gather crops that they have carefully cultivated for months. While much of their harvest is purchased by grocery stores and other food businesses, some of their produce cannot be sold due to minor flaws—such as being too big or the wrong color. This “flawed” produce typically makes up a small part of a farmer’s total harvest, but it can amount to thousands of pounds of perfectly good food going to the local dump.

The good news is that a growing number of farms are donating their excess produce to the Feeding America network, meaning this healthy food reaches empty stomachs rather than landfills. In Buena Park, California, Legacy Farms donates about 40,000 pounds of high-quality fruits and vegetables per week to Second Harvest Food Bank of Orange County.

Recently, the farm’s owners approached Feeding America looking for an alternative to wasting their excess produce. Together, Feeding America, Second Harvest Food Bank of Orange County and Legacy Farms developed a plan to rescue this food. The plan entailed the food bank sending trucks to Legacy Farms twice per week to pick up thousands of pounds of produce and then distributing it to their neighbors in need.

Both the food bank and the farm report that the partnership is a win-win. Legacy Farms appreciates the opportunity to provide their unsold harvest to people facing hunger instead of throwing it away. Additionally, they no longer need to pay to transport it to the dump. The food bank is grateful to continually receive large quantities of produce that is not only free, but also of the highest quality. 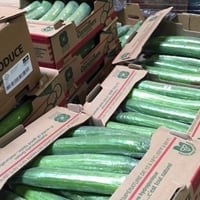 We are grateful that farmers across the nation offer the Feeding America network fruit and vegetables that we share with families in need. Last year through these partnerships and others, we distributed 1.3 billion pounds of fresh fruits and vegetables to people facing hunger.

Learn more about how we prevent food from going to waste.