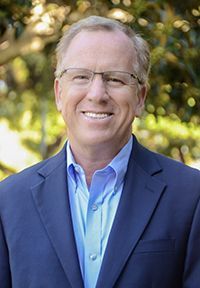 As Vice President–External Affairs, Vince Hall leads the development and execution of strategies to organize and leverage key influencers and allies in support of Feeding America’s thought leadership and anti-hunger agenda. He is responsible for the advancement of an overarching strategy to catalyze a movement to end hunger.

Vince has extensive nonprofit and public sector management experience. Prior to joining Feeding America, he served as the CEO of Feeding San Diego, the leading hunger-relief and food-rescue organization in San Diego County and the only Feeding America network member food bank in the region. Under Vince’s leadership, Feeding San Diego innovated new approaches to rescue healthy food that would otherwise have gone to waste—providing more than 26 million meals every year to people facing hunger.

Prior to Feeding San Diego, Vince’s professional experience included serving as Chief of Staff for the Office of the Mayor, San Diego; Vice President, Public Affairs & Communication for Planned Parenthood of the Pacific Southwest); and Staff Director for the Office of California Governor Gray Davis.

Vince serves on the board of directors of Free to Thrive, a nonprofit that provides pro bono legal services to survivors of human trafficking.

Vince received a bachelor’s degree in speech communication from San Diego State University and a law degree from Thomas Jefferson School of Law. His daughter is a San Francisco-based graphic designer.