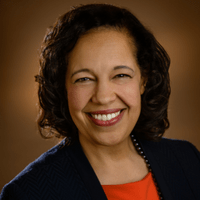 Ms. Mensah has previously served as USDA Under secretary for Rural Development during the Obama Administration; founded the Initiative on Financial Security at The Aspen Institute; and held leadership positions at the Ford Foundation. She began her career in commercial banking.