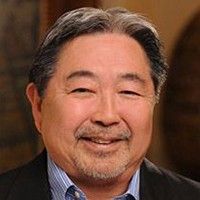 Kelvin H. Taketa is the former President and CEO of the Hawai‘i Community Foundation (HCF) – the largest foundation in the state that works with individuals, families, foundations, government agencies, and organizations to transform lives and improve our communities.

Prior to becoming Senior Fellow on July 1, 2017, Kelvin served as the CEO and President at HCF for 19 years. Under his tenure, the Foundation became the leader in facilitating charitable investments in Hawai’i and earned the distinction as a trusted community resource on charitable trends and best practices in Hawai’i. In addition, the Foundation launched several major initiatives with a coalition of local and national funders and government agencies to address critical issues, as well as developed grant programs that led to national recognition. In 2016, the Foundation administered more than $50 million in grants to support programs and initiatives in Hawai’i. A national leader and commentator about philanthropy and nonprofit organizations, Kelvin has been recognized by The Non-Profit Times as one of the “50 most powerful and influential people” in the sector and featured in the GiveSmart.org website on philanthropy.

Born and raised in Hawai‘i, Kelvin graduated from Colorado College and received his Juris Doctor degree from the University of California’s Hastings College of Law. Since graduating from law school, he has spent his entire career as a non-profit executive while also working in the private sector.