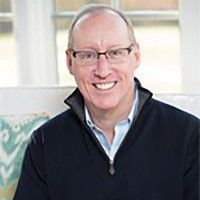 James D. Kallman is President of Kallman Holdings, Inc., a private investment company. Mr. Kallman was previously a partner of Chase Capital Partners (now known as CCMP Capital), formerly a global $10+ billion private equity firm. Chase Capital Partners invested both in the U.S. and internationally in venture capital, growth equity, leveraged buyouts and real estate. As a partner of Chase Capital Partners, Mr. Kallman created and was responsible for its real estate investment business, and, prior to that, he was a generalist focusing on its growth equity and leveraged buyout in-vestments. He has served on both public and private corporate boards.

Mr. Kallman serves as Chairman of City Harvest, Inc., New York’s oldest and largest food rescue program and has led its board since 2005. This fiscal year, City Harvest expects to generate more than $120 million of revenues and rescue 55 million pounds of food.

Mr. Kallman also is Vice Chairman of the board of the Rippowam Cisqua School, an independent school in Bedford, New York. He is formerly a member of the President’s Leadership Council and formerly a member of The Brown Annual Fund Leadership Council at Brown University. Mr. Kallman holds a BA from Brown University in Applied Mathematics-Economics and an MBA from the Wharton School of the University of Pennsylvania.