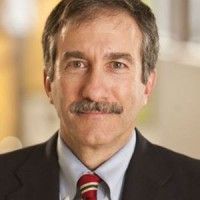 Gary Rodkin served as the Chief Executive Officer for ConAgra Foods, Inc. for 10 years until 2015.

Prior to joining ConAgra Foods, he was chairman and chief executive officer of PepsiCo Beverages and Foods North America, where he led a $10 billion organization that included leading brands such as Pepsi, Gatorade, Quaker Foods and Tropicana. He joined PepsiCo in 1998 after it acquired Tropicana, where he had served as president since 1995. For more than 16 years, he held marketing and general management positions of increasing responsibility at General Mills, with his last three years as president of Yoplait.

Gary graduated Phi Beta Kappa with a bachelor's degree in economics from Rutgers College and an M.B.A. from Harvard Business School, where he is also a Fellow of Executive Education. He serves as Vice Chair on the Board of Overseers for Rutgers College and on the Board of Directors of Feeding America, McCormick & Company, Inc. and Simon Property Group.  He is also the past chairman for Grocery Manufacturers Association and Boys Town boards.