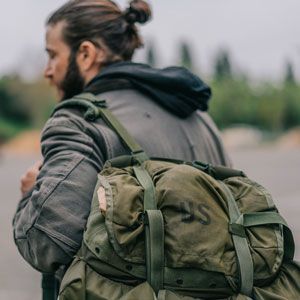 Out of the more than 40 million people Feeding America and the network of food banks serve each year, 20 percent of households include someone who has served or is currently serving in the U.S. military. It is unacceptable that anyone goes hungry, but it’s particularly troubling that millions of Americans who’ve protected and served our country are left without enough to eat.

Across the Feeding America network, there are a variety of programs designed to ensure that our nation’s veterans don’t go hungry. One of these is Sonoma County Vet Connect, a community center and food pantry served by Redwood Empire Food Bank.

I visited Vet Connect recently and while I was impressed by its work, I was saddened by the number of veterans who are forced to rely on its services. I was privileged to be able to spend time with a few of these individuals and hear their stories of struggle and resilience. 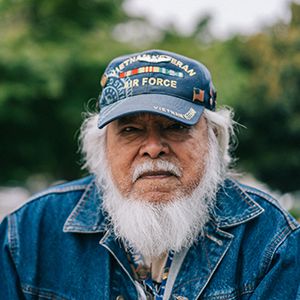 I met 81-year-old Felix. A career military man, he spent 20 years in the Air Force. After retiring, he worked as an auto mechanic for just as long. But despite his hard work, he now barely makes ends meet on his fixed income.

“It happens every so often that I don’t have money to buy food,” Felix said. “Thankfully, this pantry supplements what I can buy and gets me through. It was hard for me to ask for help at first – I’ve always provided for myself and my family, but I must do what’s necessary to survive now, and for me, this food pantry means survival.”

Standing next to Felix in a long line of people waiting for food was Jim. He had a big smile on his face and was gracious in sharing his story. While Felix served in the air, Jim served at sea in the U.S. Navy.

“I spent most of my time on the USS Midway,” Jim told me. “And towards the end, I was stationed on an island in the middle of the San Francisco bay.” 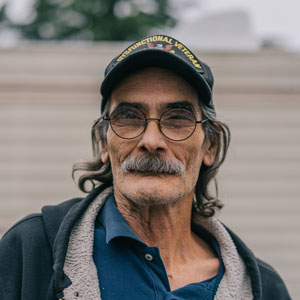 After his career in the Navy, Jim worked in lab equipment sales. He’s now retired at age 62. “I can’t do much of anything anymore though,” he said. “I’ve come down with a little bug called lung cancer, so it’s a struggle for me to even make it here.”

Despite his illness, Jim also volunteers at Vet Connect. “Volunteering gives me purpose,” Jim said. “And it helps me realize that I’m not alone.”

Although he’s been volunteering with Vet Connect for a while, this was Jim’s first time using its food pantry. “I decided to give it a try because I’m hungry,” he said. “There’s been a hiccup in my retirement pay and I’m out of food. But, I’m grateful this place can help.”

“It can be frustrating to be struggling so much at my age, but I’m all right,” Jim continued. “I’m surviving. All I can do is maintain a positive attitude and try to help others. Because I’ve learned that helping others is really all that matters in this life.”

Jim and Felix – and others I’ve met across the U.S. including Priscilla – are only a few of millions of veterans in our nation who are facing hunger. Not all of them have a place to turn to for help. At Feeding America, we’re working on changing that. Learn more about how you can help us end hunger for veterans. Veterans fought bravely to make the nation a better place for us, now it’s time for us to fight to make it a better place for them.