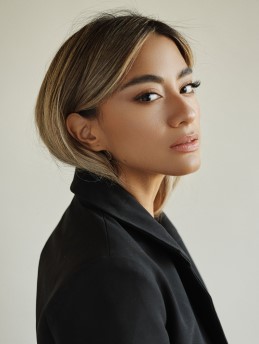 "Hunger is a problem that still needs to be solved. I’ve been fortunate enough to be on the ground with Feeding America, and see the real action they take to end hunger. It’s an honor to be a part of their team."

Ally Brooke grew up in San Antonio, Texas. Following her time in Fifth Harmony, she charted back to back solo singles in the top 40, including the smash debut “Low Key,” and participated in numerous genre-bending collaborations, such as “All Night” with Afrojack which hit #1 at Dance Radio.  She also competed on Dancing with the Stars and has now embarked on a solo career, taking her love for pop music to new heights. She lives in Los Angeles, California.