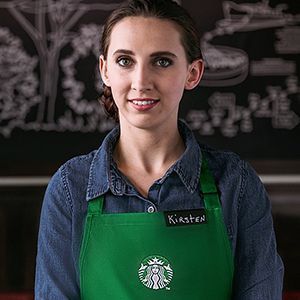 Starbucks shift supervisor Kirsten Casteel is passionate about helping to fight hunger in her San Antonio, Texas community. And the reasons are deeply personal. As a child, Kirsten’s family struggled to make ends meet, and she often relied on food banks and school programs for her daily meals. “A lot of times those were the only meals we had,” says Kirsten.

So when the Starbucks FoodShare program was initiated in 2016, she was proud to be able to support the same system that sustained her family through those difficult times. “We all have that urge to help somebody out when they need something,” says Kirsten. “FoodShare gives us the power to do that." 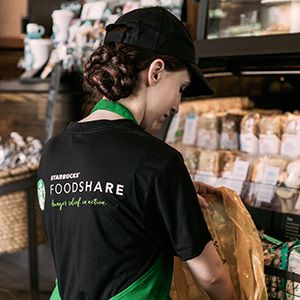 Developed in partnership with Feeding America, the Starbucks FoodShare program supports local food banks by collecting 100 percent of food available to donate from Starbucks stores each night. The program has already provided over 10 million meals to people in need in communities across the country and has become a meaningful part of the day for many Starbucks partners (employees). “It’s a simple thing we do each night that makes us feel like a part of something bigger,” says Kirsten.

The program started as a pilot in a few stores, but quickly grew thanks to the passion of partners like Kirsten who saw the potential impact a program like this could have on their communities. “In the past few years, I've watched it grow,” says Kirsten. “Partners have become very involved in the volunteer program, and some even lead monthly events at the local food bank.” 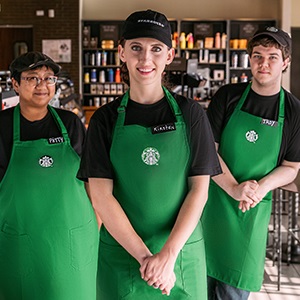 By 2020, all Starbucks company-owned stores will participate in the Starbucks FoodShare program, increasing meal donations to 50 million per year.

"I used the food bank as a child. And now I'm able to give back to the program that helped me," she says. "That means a lot."

Ready to do more? Join Kirsten and Starbucks in ending hunger by donating your time to your local food bank.