Preserving the ancestral recipes of our Latino neighbors 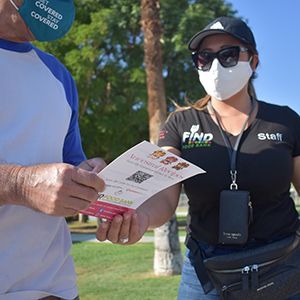 Food and family are often inseparable. Recipes are passed down from generation to generation. It becomes a rite of passage and an honor to learn grandma’s “secret” ingredient to her favorite recipe. Then, years later, that recipe changed and passed down to the next generation.

In my family, my grandmother’s “pasta carbonara” was a family favorite but there was no recipe. She taught my mother how to make it, and then my mom taught me. And that’s the case for many other families, too. Often, special family recipes aren’t captured anywhere except on scraps of paper or in family memories. Until now.

Recently, FIND Food Bank in California captured those family recipes in a community cookbook focusing on food from the Latino communities.

“The project is family-oriented,” said Lorena Marroquin, the food bank’s director of community impact. “People talk about how they leave a legacy, how they leave something behind for the community. So if you can cook something your grandmother made, it becomes that much more special. They shared it, and it’s part of the legacy that lives on.”

The book is aptly titled “Ancestral Recipes: From My Grandmother’s Kitchen to Yours.” Published in English and Spanish, it includes everything from well-known dishes like huevos rancheros to dishes you may be less familiar with, like atapakua, a Mexican vegetable stew.

But this isn’t your typical cookbook, Lorena explains. Instead, the food bank includes suggestions in each recipe to encourage healthy eating.

The food bank hosts live cooking demonstrations on social media to highlight recipes in the book. They also pair the food they distribute to recipes whenever possible, so people receiving food have ideas for what they can cook.

“How do we make this educational for the community, but also something that they’d want to engage with?” said Lorena. “In my experience, the Hispanic community wants to eat healthily but doesn’t have access to nutrition education.”

But the cookbook does more than educate. It’s also a time capsule. It’s a record of generations of Latino family recipes and preserves those ancestral recipes for years to come.

“It brings the community together,” Lorena said. “And that’s been so rewarding to watch.”