'A culture of gaining hope:' How a Detroit pastor is healing his community 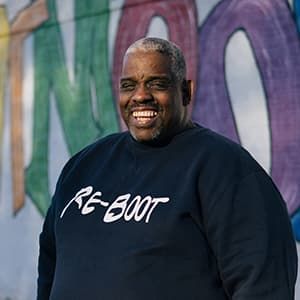 Raised in Detroit, Pastor Semmeal knows the city – and its people – have been considered underdogs for a long time.

But he embraces that narrative.

“I love this city,” he said. “There’s a lot of grit in the City of Detroit – a lot of personality. There are amazing things going on here.”

Although Pastor Semmeal is too humble to admit it, many of those amazing things are happening because of him. The pastor leads the City Covenant Church in Detroit’s Brightmoor neighborhood – one of the city’s poorest. He is also the founder of Mission: City, an organization that works with the church to provide tutoring, mentoring and more to kids in Brightmoor.

“What we’re doing is creating a culture where people are gaining hope,” he said. “For some, that’s spiritual. For others, it’s emotional. And for others, it’s physical through food.”

At the church, the pastor and volunteers provide hot meals to the Brightmoor community Monday through Thursday.

This year, they’re expecting to serve 30,000 meals. Before the pandemic, the church was providing mainly sit-down meals. That has changed since COVID began.

“I got a call from a man named Michael early on,” Pastor Semmeal remembers. “He told me, ‘I have COVID and no one will come help me and I need food.’ And so we dropped food off at his home. And it got me thinking, ‘How many more people are out there like him?’”

Since then, the church has been delivering most of their meals to people in Brightmoor who have trouble getting out – mainly in two senior residences in the community.

“COVID forced us to think outside of the box,” Pastor Semmeal said.

And while the pastor is keeping his community fed, he has bigger goals than providing food.

“Feeding people helps us enrich our community,” he said. “But I believe poverty is a justice issue. Not only do we have to feed people, but we have to address the systems that don’t enable our neighbors to take care of themselves.”

Ultimately, Pastor Semmeal doesn’t want to be needed anymore in the city.

“We’re in the business of putting ourselves out of business,” he said.

And it all goes back to providing hope for his community of Brightmoor.

“If there’s a deficit in Detroit, it’s hope,” he said. “But, it doesn’t take a lot to turn a city around. It just takes community.”