3 fast facts about hunger in the AAPI community 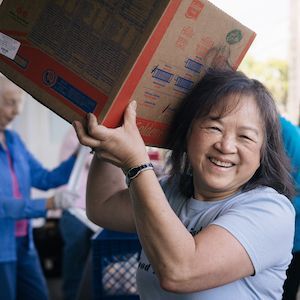 Food insecurity varies greatly among Asian American and Pacific Islander communities, with some households experiencing higher rates. Pacific Islanders, or individuals from the Melanesia, Micronesia and Polynesia islands (which include Hawaii), face hunger at a rate of approximately 19% (or 1 in 5).

Food insecurity rates are often higher among recent immigrant communities. Individuals who have a parent or were themselves born in Bhutan, Afghanistan and Nepal face hunger at some of the highest rates among Asian American and Pacific Islanders living in America. For example, 30% of recent immigrants from Bhutan experienced food insecurity.

Making up less than 6% of the US population, data generalization has been difficult as the Asian American and Pacific Islanders group, especially because it represents heritage from dozens of countries. These figures reflect analyses by Dr. Craig Gundersen for Feeding America using data from the Current Population Survey, 2016-2020.