11 Books to Broaden Your Perspective 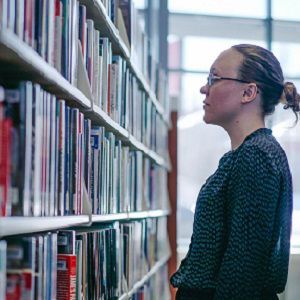 While most of us at Feeding America are no longer in school, we still subscribe to lifelong learning. We decided we’d like to increase our empathy for others through reading. After all, studies suggest that reading does exactly that. To quote a line from author Malorie Blackman, “Reading is an exercise in empathy; an exercise in walking in someone else’s shoes for a while.”

So, we did some research – asking people about books they’ve read that have broadened their perspectives and deepened their compassion. Based on their recommendations, we’ve compiled a (by no means exhaustive) list to tackle. Happy reading!

1. An Invisible Thread, by Alex Tresniowski and Laura Schroff

This true story chronicles the lifelong friendship between a busy sales executive and a disadvantaged young boy, and how both of their lives were changed by what began as one small gesture of kindness.

2. The Grapes of Wrath, by John Steinbeck

Set during the Great Depression, the novel traces the migration of an Oklahoma Dust Bowl family to California and their subsequent hardships as migrant farm workers.

3. A Tree Grows in Brooklyn, by Betty Smith

This semi-autobiographical novel focuses on an impoverished but aspirational adolescent girl and her family living in Williamsburg, Brooklyn, New York City, during the first two decades of the 20th century.

In this novel, the young Oliver Twist is an orphan sold into an apprenticeship. He travels to London and meets young criminals. The story is meant to expose the sordid treatment of orphans in the 19th century.

5. Eleanor and Park, by Rainbow Rowell

Eleanor and Park are two sixteen-year-olds forced to sit together on a school bus in 1980s Omaha, Nebraska. The two could not be more different. This story demonstrates that love and friendship have no boundaries.

6. The Glass Castle: A Memoir, by Jeannette Walls

A memoir of her childhood, this book tells the story of Walls’ upbringing in a poverty-stricken and dysfunctional family.

7. Bridge to Terabithia, by Katherine Paterson

Two young people create an imaginary kingdom called Terabithia. They rule there as king and queen through the difficulties of their own lives. But one day, tragedy occurs. The two draw on the strength of their imaginary kingdom to cope.

8. Half the Sky, by Nicholas Kristof and Sheryl WuDunn

This book takes us through the oppression of girls and women in the developing world, and lets us know what we can do to help.

9. There Are No Children Here, by Alex Kotlowitz

This biography describes the experiences of two brothers growing up in the Chicago projects.

Homegoing traces the history of two families: one that works in the slave trade and one that rises out of slavery.

This book is based on the life of a Sudanese child refugee who immigrated to the United States under the Lost Boys of Sudan program.

*Please note that these books are not endorsed by Feeding America