Chris Roberts understands what it means to live in poverty and worry about where his next meal will come from. "I was a child who depended on food banks growing up," Chris said. "I know from personal experience how impactful they can be."

Born in Orange, California and raised by a single mother, Chris moved to Oregon at the age of 15. On his own at a young age, his opportunities were limited. Chris found himself jumping into things that seemed impossible and making them possible. He was determined to work hard for a better life.

Chris’s childhood experiences inspired his work today. Through hard work and perseverance, Chris became a business owner and entrepreneur at a young age.  He is Founder and CEO of Sterling Rhino Capital, the president of Fusion Sales and Marketing, owner of Fusion Properties and co-owner of High Trek POS.

Chris wanted to share his personal journey through poverty and eventually into success in his book You've Earned It! (How I Refused Anything Less Than Success And You Can Too). The purpose of the book is to inspire people, show them anything is possible and to feed those in need. Chris is donating all proceeds from his book to Feeding America. "I chose Feeding America because of their impact nationwide, their efficient model, how far a dollar goes with their organization, and their partnership with Tony Robbins," he said.

He and his wife, Christina, have been married for eight years. Together they are passionate about working, volunteering and giving back. Chris served as a City of Lacey Reserve police officer for four years and received multiple service awards for his dedication and time. He is an avid reader, a mentor, mountain climber and scuba diver. Chris and Christina are devoted animal lovers and their family includes three dogs: Oliver, Bentley and Devo.

Chris understands the difficulties that people face and is thankful for the opportunity to give back. So far, donations from books sales have generated 1,000,118 meals through Feeding America. His personal goal is to provide 1 million meals. "While something as simple as a meal is important to filling your belly, it is often much more than that," Chris said. "Being given food builds confidence and instills hope in those who desperately need it—and that meal could literally change the life of the person it feeds. It could be the one positive impact they need to get them on the right track."

Chris wants others to know that Feeding America’s partnerships with businesses and individuals help create a greater impact. By utilizing these partnerships and maximizing efficient food rescue and distribution, Feeding America is well suited to feed the masses. "I believe we can all make a difference," Roberts said. "Overcoming the tremendous challenge of feeding the millions who go hungry each year will take educating the world about the need and how a little commitment can make a huge difference." Everyone can make a significant impact and Feeding America is assisting in that effort. 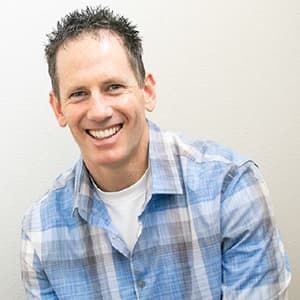