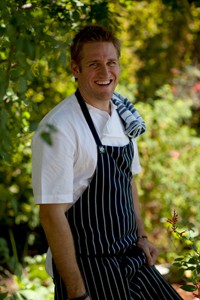 “I was introduced to Feeding America through my work on the Biggest Loser and was immediately moved by the great work the charity does. As a chef, food has always been the center of my world and the Feeding America network strives to ensure that people have access to food and the means to enjoy a meal. I am honored to be a part of the movement to help provide food assistance across America”.

Curtis Stone is an internationally known chef, TV host, entrepreneur and author. His philosophy to cook as Mother Nature intended inspires Curtis to keep his recipes simple, using local, seasonal and organic ingredients and allowing the food to speak for itself.

Born in Melbourne, Australia, Curtis’ passion for food was inspired as a boy by his grandmother’s famous fudge. After finishing culinary school, he took a job cooking at the Savoy Hotel in Melbourne before heading to London, where he honed his skills under legendary three-star Michelin genius Marco Pierre White at Café Royal, Mirabelle and the highly revered Quo Vadis.

Curtis is the host of Bravo’s popular culinary competition Top Chef Masters, which returns for a fifth season in 2013. He is also a familiar face on dozens of shows, including The Today Show, Ellen, Conan, The Talk, The Biggest Loser and Celebrity Apprentice. His fifth cookbook, What’s for Dinner?: Recipes for a Busy Life (Ballantine) will be published in April 2013.