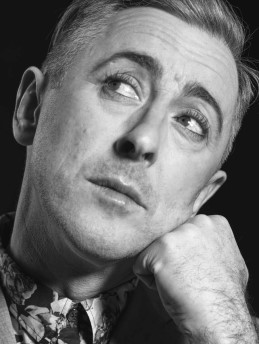 "The fact that in a country as wealthy as America there are people who go hungry every day is shameful and wrong. I applaud everything that Feeding America does to right this wrong, and I will use my voice to amplify both the problem and their solutions whenever I can."

Thirty years ago his Hamlet stormed the West End and he was hailed as ‘an actor knocking at the door of greatness’. A quarter of a century ago he was a sensation as Cabaret’s Master of Ceremonies in a production that forever changed the Broadway landscape . A decade ago his visceral, virtually one man Macbeth was a stunning, transatlantic coup de theatre.

His screen work ranges from art house to blockbuster, cult to mainstream, but his performances are always indelible and some immortal: Mr Floop in Spy Kids, Eli in The Good Wife, Nightcrawler in X2: X Men United, Sebastian in The High Life, ‘O’ in Sex and the City, Boris in Goldeneye, King James in Doctor Who, Sandy Frink in Romy and Michele’s High School Reunion, Mayor Menlove in Schmigadoon and himself on Broad City.