Jim, Kathleen and Jessica McCrorie became involved with the issue of hunger when they attended a seminar by their friend Tony Robbins. After hearing his story of struggling with hunger in his youth, the McCrories were inspired to become donors, advocates and volunteers on behalf of the issue of hunger. They are now involved with their local food bank as well as Feeding America. The youngest McCrorie family member, Jessica, even decided to give $100 of her own money to add to her family’s contributions.

After learning more about the work done by Feeding America and its network of food banks, Jessica said “I was surprised how many families can be helped by donating only one dollar.” In addition to making her own contribution, she decided to volunteer for Island Harvest, a Feeding America member food bank on Long Island. She collected food and funds at a local Whole Foods grocery store during this year’s Thanksgiving season. She felt the holiday seemed to encourage people to give, saying “I feel like people may have felt more generous and connected to the issue of hunger because the Thanksgiving holiday is a time for family and friends to come together and share a meal. It’s something that is easy to take for granted.” During Jessica’s volunteer day at the store, 30 turkeys were donated to help families in the community have Thanksgiving meals.

When she spoke to the customers, she emphasized the good that donations would do and where they would be going. Reflecting on her experience, Jessica said, “I described that the money and food was going to help hungry people in their own community. I also explained to customers what Island Harvest does and what they are about. I was surprised how much money people gave, and I was also surprised to learn that giving money is sometimes better than giving canned food because the food bank can buy more food at wholesale prices with the money.” The community was more than willing to help with the issue, and she even met someone who wanted to make food donations that would be sensitive to dietary needs, allergies or restrictions, which occur among people who face food insecurity just like they do among people who have enough.

Jessica said donating and volunteering “helps you feel good and helps others at the same time.” Despite being a busy teenager involved in many artistic and musical pursuits, she still wants to emphasize the importance of getting involved with a cause. She said, “As busy as you are, you can always make the time to help other people.” Jessica added, “When I’m hungry, I don’t have enough energy for school and all of the things I want to do,” emphasizing the impact that hunger can have on all aspects of a person’s life. She looks forward to volunteering again and knows that her time is well-spent volunteering with the food bank because they will use the food and funds quickly and efficiently to get more meals into the hands of her neighbors. 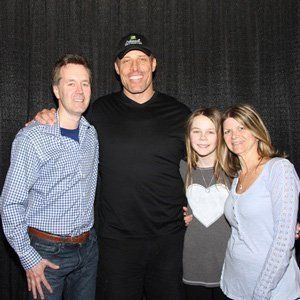