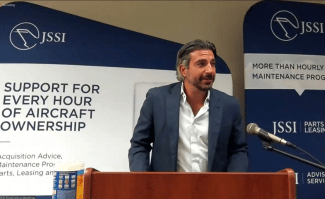 Tucked away in a diverse community within the suburbs of New York are the defining moments of Neil Book’s life.

Raised by a schoolteacher and an entrepreneur, he comes from a tight-knit family filled with open hearts and endless seats at their kitchen table. As a child, Neil couldn’t personally relate to experiencing hunger, but he could recall having friends sleep over for weeks at a time because their living situations weren’t stable. The harsh reality of life is that we’re not all given a fair chance, and this would soon resonate at home.

Neil grew up as the oldest of three boys, yet the youngest was his hero. At an early age, his brother, Douglas Book, was diagnosed with muscular dystrophy. Through his compassion and understanding for the challenges some are presented with, Doug has led a life of service. Now as a guidance counselor at a high school in New Jersey, he helps kids who are often below the poverty line and in need of food assistance.

After making a personal gift as part of the Wheels Up/Meals Up fundraiser during COVID-19, Neil became familiar with Feeding America. His eagerness to actively engage in the fight to end hunger was fueled by the poverty some of his childhood friends experienced and the kids that are inspired and aided by his brother. He donates to our organization because Feeding America’s innovative methods to solve hunger are centered around treating people with respect and dignity.

“No one in this country should experience hunger and the individuals who are in a position to give have a responsibility to do so. In the past year, the disparity has widened, and we don’t have a scope of the long-term impact”. – Neil

As the CEO of Jet Support Services, Inc. (JSSI), Neil worked with his company to host a fundraising campaign that has contributed nearly 200,000 meals to our neighbors facing hunger. Family is oftentimes our foundation. In Neil’s case, his family is the cornerstone for his compassion. On behalf of the 42 million people in the United States who face hunger, we thank Neil for his ongoing support, both personally and through JSSI, of our work and for his vision of a hunger-free America.