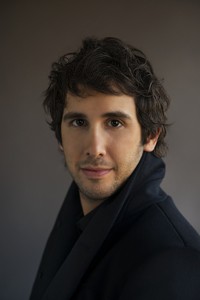 "I am thrilled to be able to support Feeding America. The great part of my job is when I am able to bring awareness to such great charities as this."

Possessing one of the most outstanding and instantly recognizable voices in music, singer, songwriter, and actor Josh Groban has entertained fans across the globe with his multi-platinum albums and DVDs (25 million sold worldwide), electrifying live performances, and comedic film and television appearances. The 31-year-old Los Angeles native is the only artist who has had two albums appear on the Top 20 Best-Selling Albums list of the past decade, according to Billboard. Last year, he appeared in the feature film Crazy, Stupid, Love, as well as on NBC’s The Office and completed a sold-out world tour. During the tour, Groban partnered with Americans for the Arts to raise money to support his newly created Find Your Light Foundation, which is dedicated to enriching the lives of young people through quality arts education. His  album All That Echoes was released February 5, 2013.