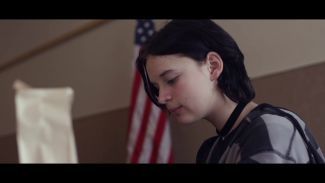 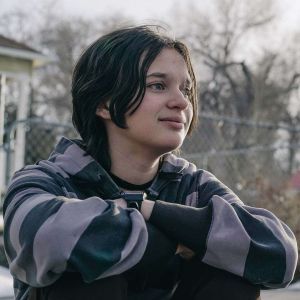 My name is Emily and I’m 14 years old. I was born in Illinois, but now I live in Magna, Utah. I live with my dad, brother, and sister. My mom’s not really in the picture.

Things have been rough for us, but I try to stay positive in negative situations. We currently live in an RV. We don’t have a lot of food or stuff. I have Pokémon cards though, so that’s cool. I love Pokémon. And my dad just got a job, so hopefully, things will get better soon.

But in the meantime, I spend a lot of time at the library. I go to school and then afterward, I go straight to the library until it closes. It’s a safe place with good people. And the library serves free dinner. Between library dinners and free school lunch, that’s how I eat. I rely on them because there’s no food at home. Without these places, I’d go hungry for sure.

The summer is pretty stressful because I can’t get food from school. There’s a lunch program at the local park though, so I’ll grab lunch there sometimes and dinner from the library. If I get enough to eat, I feel energized and happy.

There have definitely been times when I’ve gone without eating – the times when I didn’t have the library. Being hungry, it would always hurt. I would get angry and frustrated when I had to go to bed with an empty stomach. But I think that built up an immunity in me against hunger. I remember that on those nights, I’d always look forward to the mornings because then I could go to school and get food.

My dad works hard – he’s the hardest worker I know! He tries to take good care of us. I know that he suffers too. He won’t eat if we don’t have full stomachs. He always puts us in front of himself. He just struggles to make enough, but hopefully, that will change soon.

I daydream about my future a lot. In my dreams, I’m a marine biologist. I have a big house, tons of money, tons of food and I’ve adopted kids. And I swear on my life those kids will have a better childhood than I have.

To everyone who supports the food at the library, I say thank you very much. I owe you one in the future. It’s helped me so much – to the point where I actually have enough to eat now. I can now focus on reaching my dreams, instead of worrying about food.

Emily’s dad works very hard, but her family doesn’t always have enough food for everyone. Emily goes to her local library’s snack time where she can get a free meal – giving her a positive, safe environment and a full belly after school.