BJ's employees go above and beyond to fight hunger 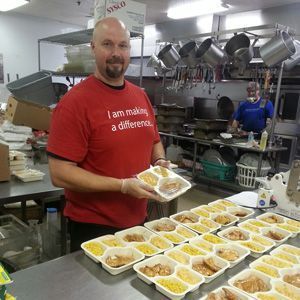 At BJ’s, our commitment to help end hunger in our communities extends to more than just the day to day operations of the BJ’s Feeding Communities program – a program in which we partner with Feeding America to fight hunger. In addition to donating unsold meat, produce, dairy and bakery products every day, our team members (BJ’s employees) take it a step further by getting directly involved in volunteering with Feeding America member food banks in the communities where they live and work across the U.S.

Our leaders understand the importance of educating their team members about the “why.” Why we ask that they spend a few extra minutes a day putting food aside, instead of throwing it away. Why the food is needed in their communities, even though they may not realize it. We’ve profiled two of our team members below who stand out as remarkable volunteers in the fight to end hunger. 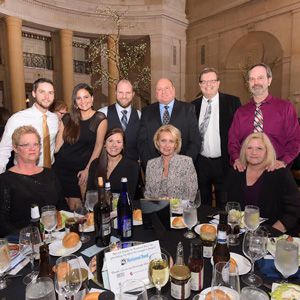 Jim is the assistant vice president of operations for 11 BJ’s Clubs in Upstate New York. Even before the inception of the BJ’s Feeding Communities program in 2011, Jim was active in hunger-relief efforts in his community, often volunteering with his family for Feeding America member Regional Food Bank of Northeastern New York. Once the BJ’s Feeding Communities food donation program took flight, Jim had the opportunity to marry two of his passions together: his work and enthusiasm for hunger relief. He also made sure that his team members understood the deep impact that the food donation program had on their local communities through volunteerism. He took them to the food bank on several occasions, walking them through the food chain process and highlighting just how prevalent the need is right in their backyard. Jim has molded his general managers into true ambassadors for hunger relief and has continued his work and leadership with the Regional Food Bank of Northeastern New York. Jim served on the Annual Auction Gala Committee for the past three years, and is starting his second year serving on the Board of Directors, where he was recently nominated to be an Officer the Board.

Kyle is the General Manager of the BJ’s Club in Boynton Beach, FL, and a stellar example of an ambassador for not only the BJ’s Feeding Communities program but for community involvement overall. Kyle’s Club works with Feeding America member Feeding South Florida to donate product to one of its feeding programs, The Soup Kitchen. Kyle’s Club goes above and beyond the call of duty, it upped its three-times-per-week pickups to five times per week early on in the program because of the need. Kyle’s team volunteers with The Soup Kitchen at least once per month, too. The team packs and seals meals that will be delivered and also prepares, cooks and serves full meals to the people The Soup Kitchen serves. To Kyle, it’s important that his team members see the program through a wider lens so that they understand their impact, but also so that the program continues to run smoothly:

"I prefer to send many of my team members to volunteer at The Soup Kitchen so they can see with their own eyes not only where the food we donate goes, but also take part in preparing, cooking and even serving it to those in need right in our backyard,” said Kyle. “After the team members return from a volunteer session, they have a very clear understanding of the importance of the Feeding Communities program and a renewed focus on ensuring we do it right because it's the right thing to do!"

*Jillian Butler is the corporate social responsibility lead at BJ's.