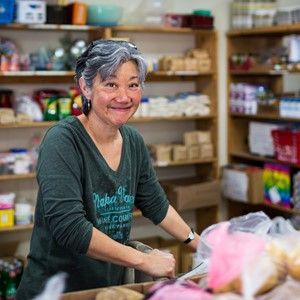 With a higher standard deduction on the new Republican tax bill, charities are concerned that fewer taxpayers will itemize their deductions on their tax returns, resulting in less incentive to donate to charities. “For charities who serve families in need, the projected declines in giving will devastate our ability to provide food assistance,” said Diana Aviv, chief executive of Feeding America. Read the Article »

When people face hunger, they often struggle to meet other basic needs as well — such as housing, employment and healthcare. According to a new study by researchers at the University of Illinois, people who sell valuables and are forced to choose among which bills to pay are often at greater risk of food insecurity than people who do not have to resort to these coping strategies to get by. Those who need help often look to the Supplemental Nutrition Assistance Program as well as visiting local food pantries. Read the Article »

The economy may be improving since the Great Recession, but the recovery is still leaving many of Americans who were hit the hardest behind. Millions of people are still struggling to get by because of underemployment, stagnant wages and rising costs of living. In fact, more than 46 million people still turn to the Feeding America network each year for extra support. Dawn Pierce was a successful paralegal before losing her job during the recession. She had to rely on SNAP for a period of time to supplement her lost income. In this video, she details her experiences, how she overcame obstacles, and what everyone can do to make a difference in the lives of their friends and neighbors who need help. Read the Article »

Hunger in the News is a weekly summary of news articles that elevate the conversation of hunger and the issues affecting food insecurity in the U.S. The links contained in this summary direct you to websites that have content that is not controlled by Feeding America.