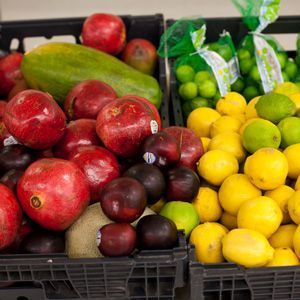 by Emily Nelson
Keeping Food on the Plate, and Out of Landfills | The New York Times
While many struggle with hunger in the United States, as much as 40 percent of the food sold to consumers goes into the garbage, either at stores or after it is purchased. Millions are spent growing, processing, transporting and disposing of food that just ends up in landfills. What can be done to reduce food waste? Join the Discussion >>
An Abbreviated History of School Lunch in America | Time
The National School Lunch Program (NSLP) is a critical federal program that provides free lunch to millions of children struggling with hunger throughout the school year. In recent years, the program has become the subject of much debate, especially as new nutrition standards have been developed. However, this has not always been the case. See how the program was established and how it evolved. Read the Article >>
Five Things to Know About the Most Recent Census Income Report | Smithsonian
The U.S. Census Bureau recently released new figures on poverty and income in America. If you haven’t been scouring the thousands of data points contained within the reports, the Smithsonian is here to help. See the five things you need to know about what’s inside. Read the Article >>
Hunger in the News is a weekly summary of news articles that elevate the conversation of hunger and the issues affecting food insecurity in the U.S. The links contained in this summary direct you to websites that have content that is not controlled by Feeding America.
Share
Tweet