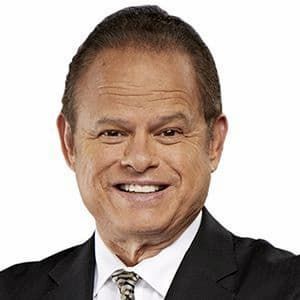 The issue of hunger in America is difficult for many people to grasp, yet the reality is that there are children and families who may not know when and where they will get their next meal. Christopher Pair understands this firsthand and his experience with childhood hunger greatly shaped the man he is today.

Born of humble means, Christopher was the son of a sharecropper and grandson of a Mexican immigrant. His father escaped poverty by joining the military, eventually leaving the service and providing for his family as a gardener. All too often there was not enough food in the house and what small amount of food they did have was of little nutritional value. Young Christopher and his family had to find other means to supplement their income to help pay for food, including recycling. “We were proud to be some of the first recyclers in California,” Christopher recalls. “We traded soda cans for money to help buy meals.”

Those years of uncertainty permanently impacted Christopher, acting as a trigger that drove him to seek an early education. His growing desire to provide others with hope and the opportunity for good health and prosperity led him to the direct selling industry. Over the years, Christopher’s professional success has put him in a position to promote change among his peers by bringing to light the struggle he once faced—an issue that continues to impact millions of children and families. Today, Christopher is President of Operations and International at Plexus Worldwide®, a direct selling company that helps people to live healthier lifestyles.

Christopher’s circumstances could have held him back. Instead, he committed to finding solutions to rise above them and ultimately dedicated himself to helping others do the same. When introduced to Plexus, he recognized the same emphasis on helping people overcome their challenges and decided to join the company. With a shared focus on health and nutrition, Christopher and the Plexus team are moving full steam ahead with their efforts to provide nourishment to people in need through both their product line and ongoing charitable endeavors.

The company enthusiastically partnered with Feeding America® in June 2018.  Plexus had been seeking a reputable, trustworthy organization with an authentic mission they could stand behind. According to Christopher, Feeding America delivered in every way. “I found Feeding America to be authentic, professional, and sustainable,” he said. “In addition to their professionalism, every executive at Feeding America has a heartfelt belief in their mission.”

Through partnering with Feeding America, Christopher and the Plexus team are striving to make a substantial impact on the hunger crisis. In June 2018, Plexus launched its Nourish One™ Initiative* in which every purchase of Plexus Lean™ contributes a monetary donation equivalent to 14 meals to Feeding America. The Nourish One Initiative saw instant success, reaching the 4 million meals donated milestone in only five short months. Christopher looks forward to the day when Nourish One reaches 10 million meals and beyond. He plans to challenge fellow executives and companies across the country to match and exceed those donations, setting new milestones to reach together.

“Life is about more than what I need for myself,” he says. “When we give, we find greater purpose and fulfillment.”