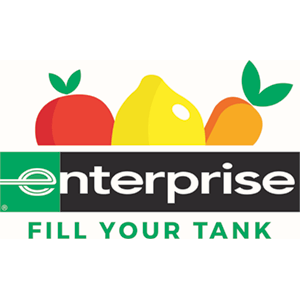 Enterprise launched Fill Your Tank to celebrate the company’s 60th anniversary by providing $60 million to address food insecurity around the globe. Over the next six years, Feeding America® will receive $2.5 million annually to help fight hunger among seniors and children.

Over the next six years, $10 million will be distributed annually as follows:

“An investment of this size in hunger-relief charities in the US, Canada, and around the world is unprecedented,” said Feeding America CEO Diana Aviv. “The Enterprise Rent-A-Car Foundation’s donation is monumental for Feeding America and the more than 40 million people we serve. This gift will not only help us fight hunger where it exists today but also will help build programs to better prepare to serve growing food-insecure populations.”