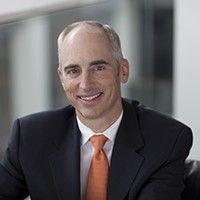 Shawn O'Grady leads the Convenience and Foodservice organization. This $2B business is focused on growing sales and profit for General Mills by serving the needs of the convenience store and foodservice operators across the United States, including schools, restaurants, and hospitals. In addition, O'Grady oversees the development of two of the company’s global capabilities focused on accelerating topline growth, Strategic Revenue Management and Ecommerce. He was named to this position in December 2016.

O’Grady joined General Mills in Marketing in July 1990. He was promoted to Vice President in 1998, and concurrent with the General Mills acquisition of The Pillsbury Company in 2001, took the helm of the Refrigerated Baked Goods business.

Late in 2004, O’Grady joined the Consumer Foods Sales Division with responsibility for retail customers across the Midwest. He was promoted to President for U.S. Retail Sales in 2007. In August of 2010, O’Grady was elected Senior Vice President of General Mills and assumed leadership of all remaining customer activities in the U.S.

Prior to joining General Mills, O’Grady graduated with honors from Notre Dame with a Bachelor’s of Science in chemical engineering. He received his MBA from Harvard Business School.

Shawn lives in Minneapolis with his wife, Becky and two children, Jack and Mary. He serves on the board of trustees of the General Mills Foundation, Feeding America and Second Harvest Heartland. He is passionate about ending hunger in the U.S.  In his free time he is an avid tennis player and runner.