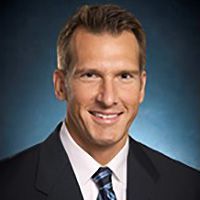 Scott Neal joined Wal-Mart International in 1996 as the Divisional Planning Manager responsible for Latin America.  Shortly after joining the company he accepted an expatriate assignment in Mexico as the Divisional Manager overseeing the buying function for General Merchandise.  Upon returning to the U.S. he was promoted to Vice President of International Food & Consumables. He also led International Cost Strategy and Branded Imports before transitioning to the role of Vice President, U.S Bakery in 2007. He would also later head the U.S. Meat & Seafood Divisions. In 2012 he was promoted to Senior Vice President, GMM Fresh Foods.  In 2014 Scott was selected by the Walton family as the Sam M. Walton Entrepreneur of the Year and currently serves as the Senior Vice President, GMM of Meat/Seafood/Quality Control.

Prior to joining Wal-Mart, Scott purchased apparel for May Company where he participated in the Advanced Executive Program.  After leaving May Company he then worked for Edison Brothers as Controller.

Scott has a BA in Economics from Brigham Young University in Provo, UT.

Scott and his wife Kim, reside in Bella Vista, AR with their four children: Kenady, Harrison, Isabel, and Oliver.