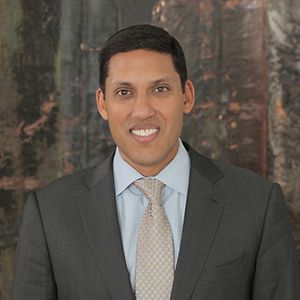 Dr. Shah brings over twenty years of experience in business, government, and philanthropy to The Rockefeller Foundation. Appointed as USAID Administrator by President Obama in 2009, and unanimously confirmed by the Senate, Dr. Shah was charged with reshaping the $20 billion agency’s operations to provide greater assistance to pressing development challenges around the globe.

When Dr. Shah left USAID in 2015, he continued to follow his passion for creating opportunities for communities to thrive in the developing world by founding Latitude Capital, a private equity firm focused on power and infrastructure projects in Africa and Asia. He was also appointed a Distinguished Fellow in Residence at Georgetown University.