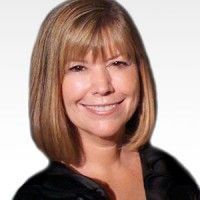 As Chief Marketing and Communications Officer, Catherine Davis works to increase public awareness of hunger in America. She is responsible for identifying innovative ways to engage the public in Feeding America’s mission, as well as enhancing the organization’s reputation as one of the most-admired non-profit brands in the country. In addition, Catherine heads up philanthropic operations.

Since joining Feeding America, Catherine’s expertise has led to tangible results, producing messages with impact and resonance, such as hidden hunger and the little ice cream truck that could.

Prior to joining Feeding America, Catherine oversaw the U.S. McDonald’s and Esurance businesses at Leo Burnett. An established leader in her field, Catherine also previously held senior-level marketing positions at Diageo, Morgan Stanley and Discover Card and was a media agency president. Her areas of marketing expertise include retail, consumer packaged goods and online businesses.

In 2018, Catherine was named one of Advertising Age’s Women to Watch, as well as an Ad Age Media Maven in 2015 and an Adweek 2014 Media All-Star. Active on social media, she has more than 20,000 Twitter followers and made Forbes' list of 100 Must-Follow Marketing Minds on Twitter 2014. She also has been featured in Fast Company, Real Simple, Huffington Post and Inc.

Committed to her community, Catherine served as a committee member of the World Economic Forum Sustainability Committee and as a board member for Make-A-Wish America and The Alvin Ailey American Dance Theater.