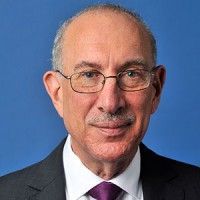 Greenstein is the founder and President of the Center on Budget and Policy Priorities.  He is considered an expert on the federal budget and a range of domestic policy issues, including anti-poverty programs and various aspects of tax and health care policy.  He has written numerous reports, analyses, book chapters, op-ed pieces, and magazine articles on these issues.

In 1996, he was awarded a MacArthur Fellowship for making “the Center a model for a non-partisan research and policy organization.”  In 2008, he received both the Heinz Award for Public Policy for his work to “improve the economic outlook of many of America’s poorer citizens” and the 2008 John W. Gardner Leadership Award, given annually by Independent Sector, which said “Mr. Greenstein has played a defining role in how people think about critical budget and tax policies…. [and] help[ed] the nation address fiscal responsibility, reduce poverty, and expand opportunity.”  Two years later, he received the 2010 Daniel Patrick Moynihan Prize from the American Academy of Political and Social Science, which cited him as “a champion of evidence-based policy whose work at the Center on Budget and Policy Priorities is respected on both sides of the aisle.”  In 2011, the New Republic listed him as one of Washington’s 25 “Most Powerful, Least Famous People.”

Prior to founding the Center, Greenstein was Administrator of the Food and Nutrition Service at the U.S. Department of Agriculture under President Carter, where he directed the agency that operates the federal food assistance programs, such as the food stamp and school lunch programs, and helped design the landmark Food Stamp Act of 1977, generally regarded as the Carter Administration’s principal anti-poverty achievement.  He was appointed by President Clinton in 1994 to serve on the Bipartisan Commission on Entitlement and Tax Reform and headed the federal budget policy component of the transition team for President Obama.  He is a graduate of Harvard College and has received honorary doctorates from Tufts University and Occidental College.